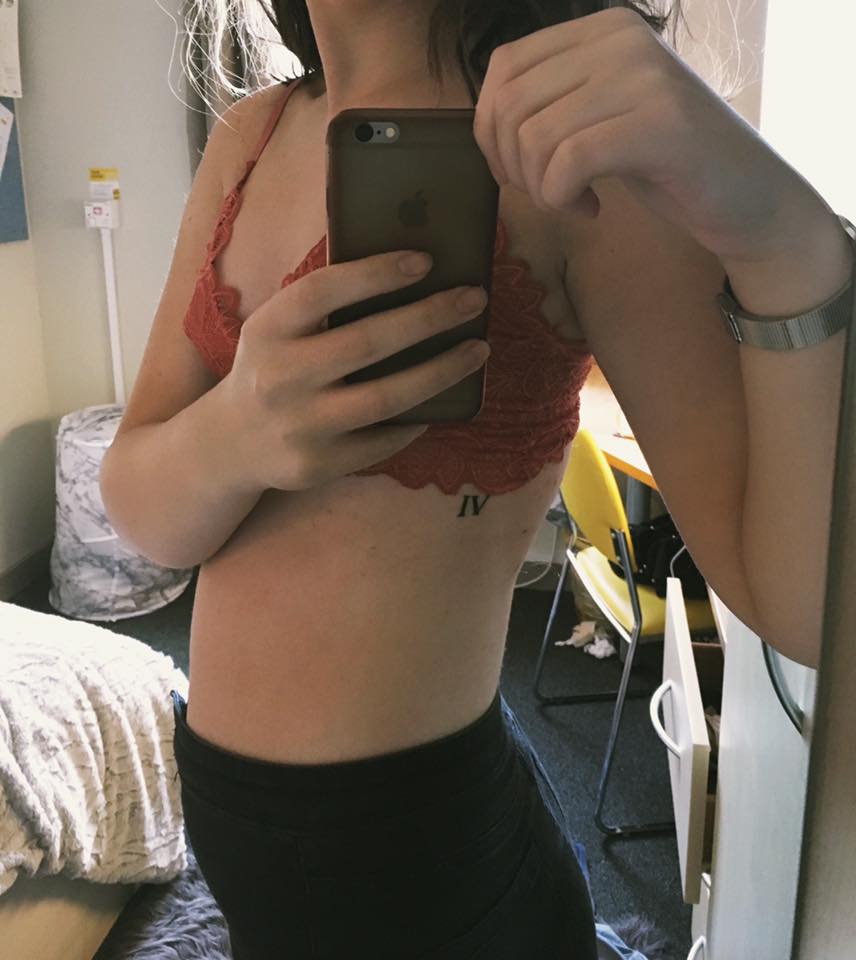 I recently turned 18, which meant that out of me and my three sisters, I was the final one to turn the big one-eight. We all decided to get tattoos together, and for three of us, this was our first one. We got the number four in roman numerals to represent the four of us. It is in no means big at all, but I thought I would share with you my experience while getting it for anyone else who may be nervous or thinking about getting their first tattoo.

I was pretty nervous for getting it, but not scared. Does that make sense? I don’t know haha! I’ve always been fine with needles and whatnot so it was more the fear of the unknown. We all got our tattoos in different places, but I decided to go for my left side / rib. Before we went, I googled the sorest places to get a tattoo and it quickly became clear to me that the majority of body parts came up so I decided that I wasn’t going to let that affect where I chose.

I got it done at Rebel Ink in Aberdeen, and my experience there was really good! We managed to book in easily and didn’t have to be on a waiting list or anything. Our bookings were half an hour slots each which to begin with panicked me, because I thought it meant I would have to go through half an hour of pain. It ended up not being that, and literally took about five minutes max to actually do the tattoo part! The rest was just the setting up and prepping. The tattooist was really friendly and chatty, and eased my mind about the whole thing. It also meant my mind was distracted while he was doing it, so I wasn’t completely focussed on the pain.

The pain is very hard to explain. It’s a bearable pain and you get used to it. The only way I can describe it is an annoying cat continually scratching you. Due to it being around my ribs, whenever I inhaled it hurt a little bit more just because my chest was expanding. I found myself trying to hold my breath haha!

Overall, it wasn’t painless but it wasn’t agonising and I would definitely get another one! If anyone is interested price wise, I think this one was £45 – but they take a deposit when you book so it splits up the payment. It still feels surreal looking in the mirror and seeing it, knowing its never going to just rub off in the shower haha! I didn’t have any pain after it and got a cream to apply on it afterwards.

Do you have any tattoos, and if so, how was your first experience? Let me know in the comments!