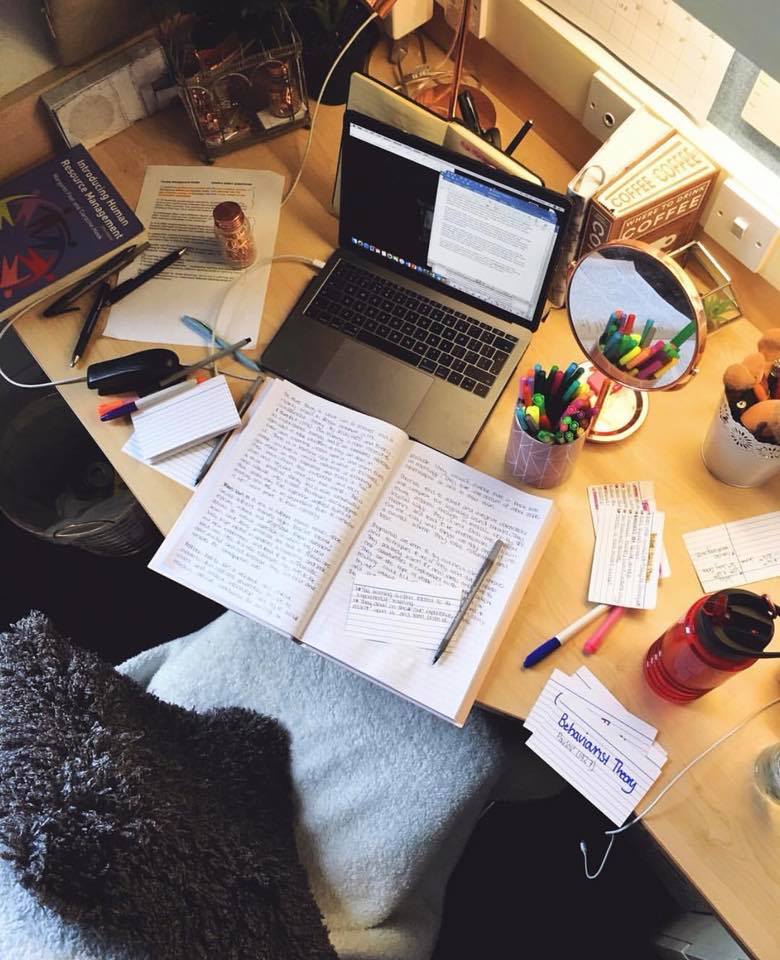 I can honestly say that this past year has flown by, and I can’t believe its almost been a year since I moved into my student halls and started my venture to University.

Starting University comes with a lot of expectations, and also a lot of curiosities about the unknown. No matter how many blog posts, youtube videos or questions I asked – I still was slightly unsure on what to expect from my first year. What would it be like living away from home? Will I get along with my flatmates? What if I get lost? How do I make friends at University?

I thought I would make a blog post discussing how I thought University met my expectations and how it didn’t, and things in which I found easier and what I found hard. I’d just like to say that everyones university experience is personal to them and no two are the same, but I just thought I would share mine!

Firstly, moving out. I made the decision to move into student accommodation with four other students, and if you haven’t read any of my previous blog posts about how I found this, then you can check that out here! I managed to find all my flatmates prior to moving in thanks to the wonderful world of Facebook and pages in which were set up to do that exact thing – so I didn’t have to go through the awkward greeting of “Hi, I’m Kianna – what’s your name?” chat. Luckily, I got along with all my flatmates well – but of course this isn’t the same for everyone.

For me, living with people actually turned out be a lot easier than I thought it would. Usually, this is the opposite! I actually enjoyed having other peoples company but also still having the privacy of my room when I’m not up for chatting / socialising. It was easy to get into a routine and it’s crazy how quickly you get comfortable with your flatmates. I definitely missed my Mum’s home cooking, and even if I tried to follow a recipe, it never tasted quite the same!

You have a lot more spare time than you may be used to! For the first few months of moving out, I was job searching for any part-time work that popped up. Apart from university during this time, I didn’t really have much to do! In my first semester I ended up only being in two days, and an hour lecture one other day. This is obviously a lot less than I’m used to, and I needed to make sure I was using my days off and hours productively. Although, that didn’t always happen and it’s amazing how fast I ended up falling behind haha! Of course this is all dependent on your course and your timetable. My second semester ended up being a lot busier, but I still had a day off. 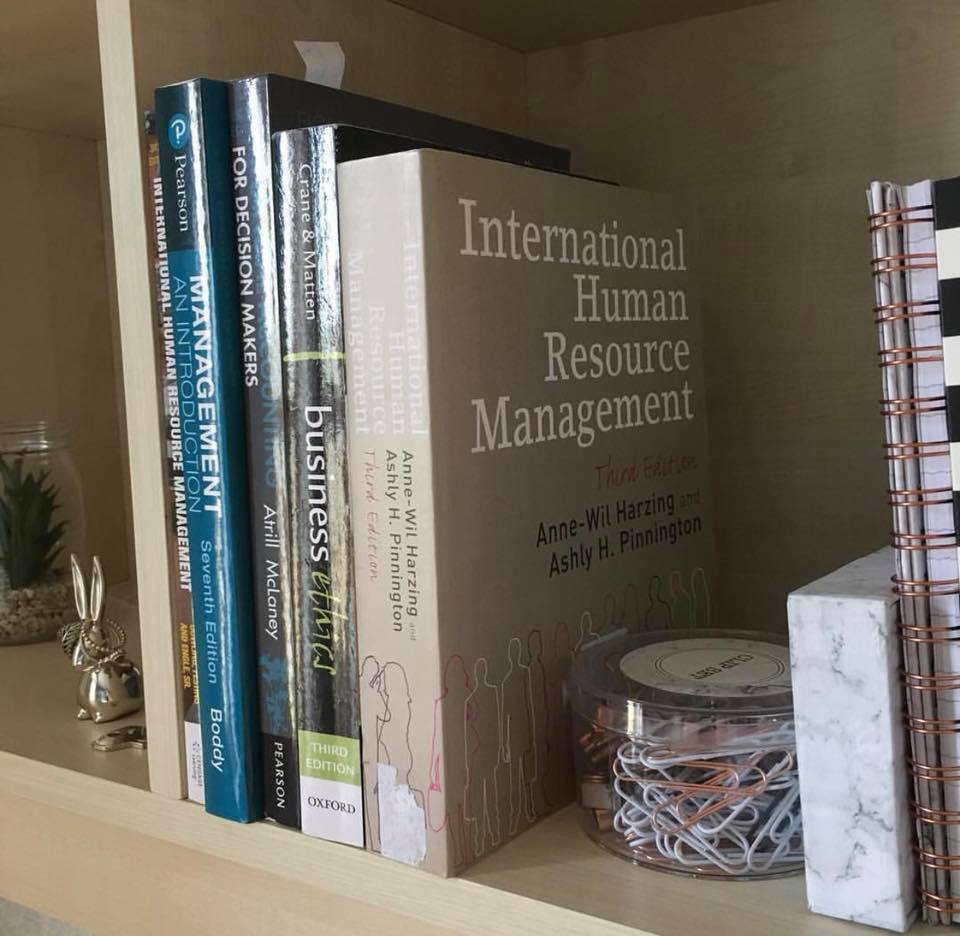 Making friends. If I could pin point one aspect and say “I was worried about this the most.” it would definitely be making friends. I’m a sociable person, but I can also be very shy and initimidated very easily. If I’m in a group of louder and more confident people, then I automatically shrink into my chair and become quiet. It also takes me a while to become comfortable with people. So when I walked into my first ever lecture hall and had to choose to sit next to someone, I panicked. The first couple of weeks at university consisted of only lectures until the course began and we could start individual smaller class work. This meant I hadn’t been able to find other people on my course prior to the lectures.
Because I study International Management, my lectures are mixed between a lot of Management courses. So here I am, standing in a room which is filling up with almost 200 people and I don’t know anyone. For the first couple of weeks I would sit next to someone different every lecture, and would make the small talk. However, when it came to the next lecture, it’s hard to find the same person again to sit next to. I started to think I really wouldn’t make any friends and I even considered dropping out right there and then.
When it finally got to the point in which workshops and classes could start within our course, I was ready push myself to go and sit next to someone. However, with my slight shyness also comes slight anxiety when it comes to being late. I need to be on time anywhere I go, otherwise I can’t relax. So I would be outside the classroom half an hour before it even begins, meaning I would be one of the first people in the room. Therefore, it was other peoples decisions on where they were to sit and if they chose to sit next to me. Once people started to come in, there seemed to be piles of groups of people who had already met and made friends and they all sat with each other. I honestly had no clue how they all somehow knew each other! And here I was, getting completely rejected with someone leaving a seat in between and sitting with their friends at the other end of the table. I felt shitty.
After sitting on my own in most classes, and considering dropping out of university forever and never going back, one lecture I sat down next to another new face and this time – the conversation stuck. Turns out, we were in all the same lectures and decided to go to the next ones together. I no longer had to sit in my two hour break between lectures eating lunch myself, and soon, I had a group of girls in which I could say were my friends. It may have taken a few weeks, but I then began to enjoy my course. I’m a complete believer in everything happens for a reason, and that it will all work out in the end. And thankfully, it did. Your gal has some pals. 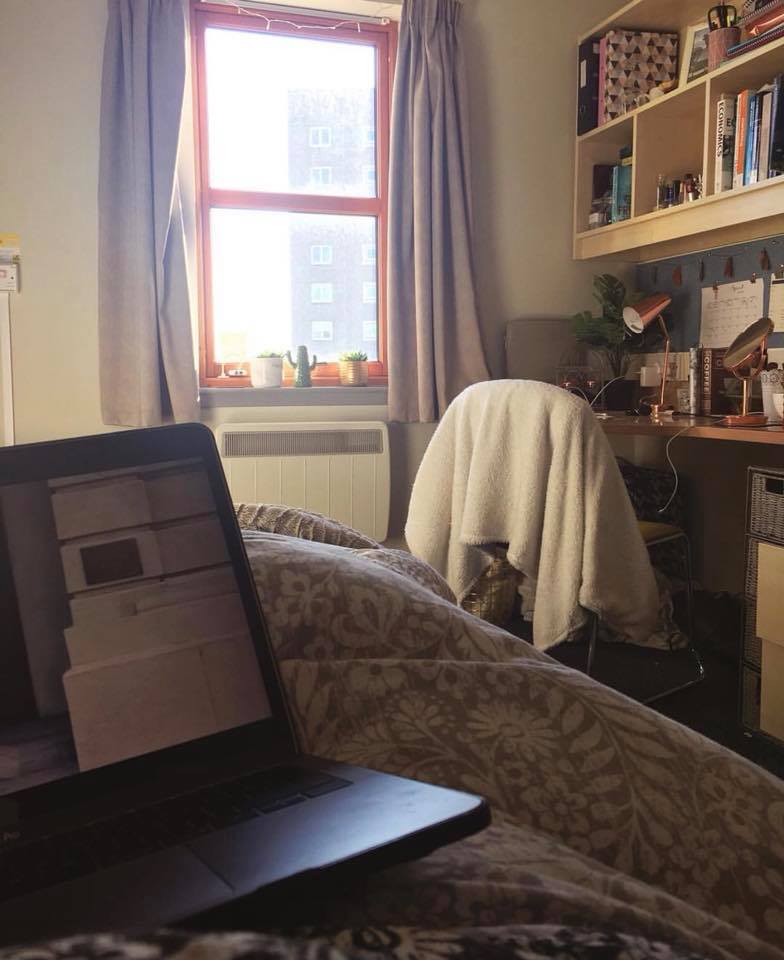 Student life is expensive. Not only was my rent for my accommodation so expensive my student loan didn’t even cover it, but there were other expenses I didn’t expect. Such as textbooks, travel in and out of university, lunch in university (I quickly ended up bringing my own lunch!), food! Fortunately, my parents helped me out with a lot of things when I didn’t have a job – but a lot of the time I was a stereotypical skint student. I’m pretty good at budgeting, and don’t waste my money on silly things – so the struggle was definitely real for a bit! I finally got a part-time job and had more freedom with my money and could afford a bit more!

University exams weren’t as scary as I thought. In fact, I think I felt more relaxed during exams in first year than I did at any high school exams. The seating was similar and it was exactly what you should expect in exams. You could also leave the exam hall if you were finished early too, which was always a bonus. I made sure I got straight out of there as soon as I could! You also get your results waaaay quicker, and it’s usually within 4-6 weeks rather than the few month wait I was used to. The timetable is also over a shorter period of time, which I preferred as it meant I got them over and done with quicker. You can also resit exams in the Summer if you fail, woo!

Thank you so much for reading, if you have any questions then I’ll make sure to answer them all!