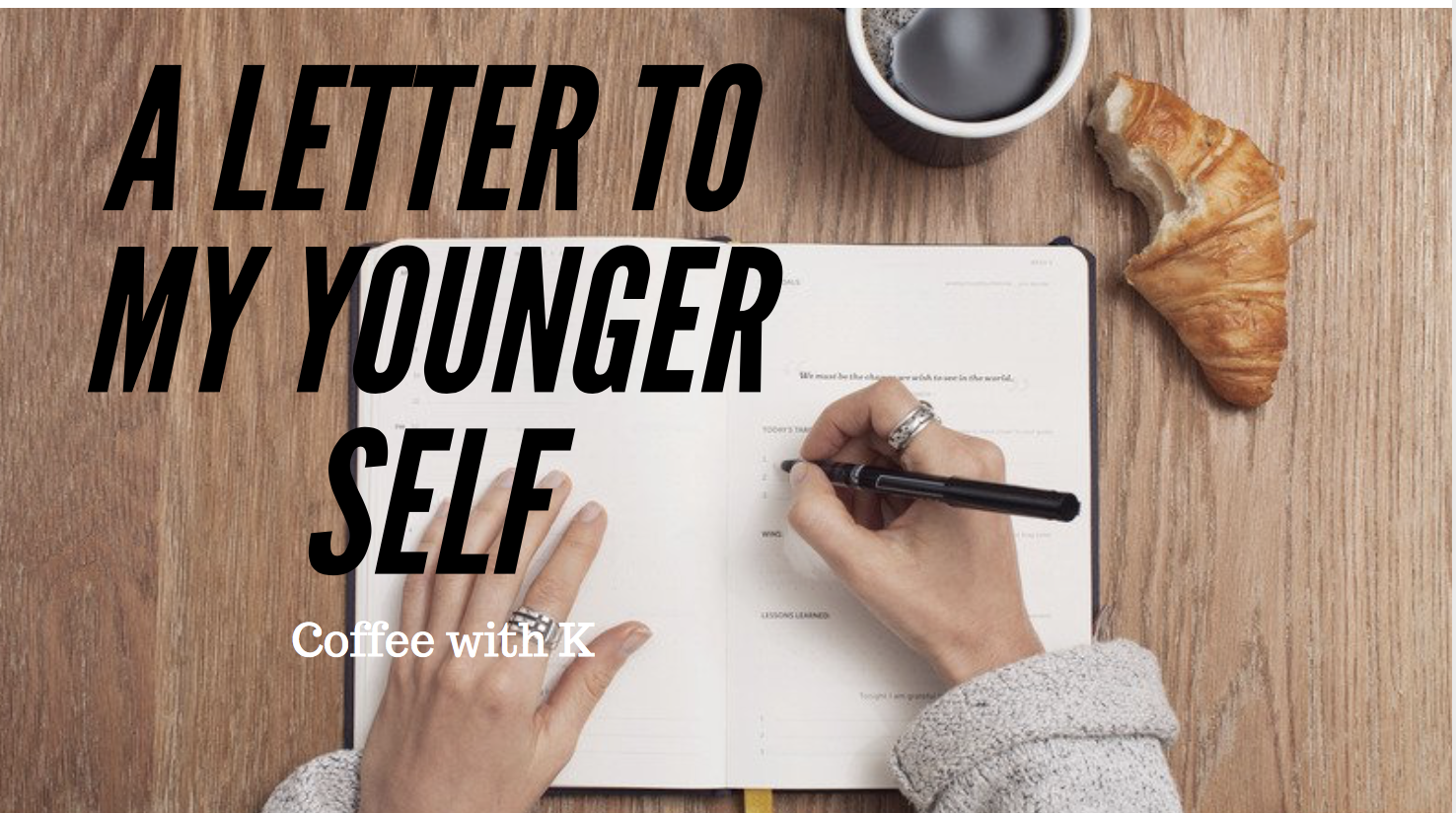 Firstly, you will grow out of your weird stage. Even if you didn’t realise it was a weird stage at the time. (Thank god…) Unfortunately, your dreams of becoming an artist won’t happen because as you grow older, you’ll find that you’re rubbish at anything artistic.That’s also the same with a lot of other things… Forget about being an author because you’ll grow out of that one quick. A teacher also – thanks to being the youngest of four, you’re pretty awkward with kids and talk to them like dogs. And when you finally figure out that you really want to be a vet – you’ll find out you’re only average smart. Not vet smart. But thats okay! Because one day you’ll drop higher maths, switch it up with some skivey Business Management and realise you like it. Hey, maybe you’ll even like it enough to study it at University? 😉

Don’t listen to what anyone at high school says – even when certain insults will never be forgotten. Your acne will clear up – I promise. You’ll even lose a bit of that puppy fat – but I’m not going to lie to you, it’ll be replaced with other fat. But trust me – you won’t even care (too much). Oh, but definitely don’t count on that fat going anywhere near your boobs.You will also finally get braces and get those teeth straightened out, hurrah! (but don’t count on it happening before prom…) Friends will come and go, but you’ll always have an amazing support group of gals. Boys will also come and go, but I PROMISE you – you’ll be laughing at every single silly heartbreak. One day a pretty decent guy will come along and make it all worth it. Although, you’ll have to give him a bit of a nudge and hint. Boys can’t always be relied on to take the hint haha!

Do something crazy now and then. Almost uncharacteristically crazy where someone will say; “Kianna!!” in astonishment and you’ll laugh and realise you don’t care. Don’t bother changing your misspelt middle name, it makes for a great “funny story” at interviews or ice breaking challenges. Stop writing cringe Facebook statuses because you will be reminded of them annually. And no, yolo was and never will be cool. So stop – take off the bloody T-shirt! Carry on with your iPod nano vlogging – believe it or not, it’s actually trendy to do that now. You’re ahead of your times, Kianna. Eat everything and anything you want, because your metabolism is only going downhill from there.

Enjoy school! Enjoy the daily routine of seeing your friends, laughing at stupid things, gossiping about crushes and weekend drama. Don’t worry about exams, you’ll do okay and I promise – you’ll end up exactly where you’re supposed to be.

And lastly, don’t rush to grow up. Enjoy your childhood. Don’t take life too seriously – you’ve got many years in the future for that shit.

Oh, and watch your language.