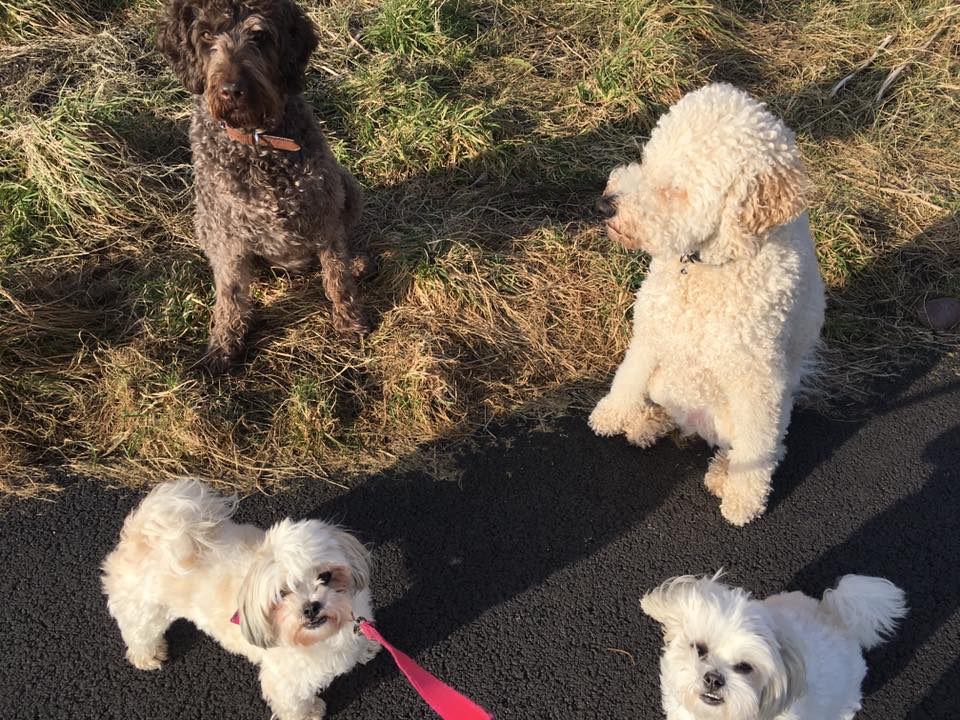 I saw this blog post idea somewhere when researching some Blogtober ideas, and it was a “meet my pet” post – and I knew I had to do it! If you don’t know already, I have four dogs. Well – our family does! And if you also didn’t know, I’m slightly obsessed with dogs! I realised I probably don’t actually speak about them too much on my blog (if you follow my instagram then that might be a different story), so I thought I should dedicate an entire post to them. If you aren’t interested in hearing my dogs entire life stories, then you’ve offended my dogs and you should just leave now. I’ll start with the oldest to the youngest. Meet Mia, an eleven year old Labradoodle who still thinks she’s a puppy and I love her for that. She’s had her fair share of bumps and bruises (her missing tooth and scarred nose), but I think she looks cute with them. She has the prettiest eyes ever, but photo’s never do them justice and she loves posing for photos. She has epilepsy, but of course is on medication for this and she is a champ whenever she recovers from an epileptic fit (we give her lot’s of cuddles and she gets up on the bed for the night). Her favourite thing to do is play fetch, and is actually our only dog that knows how to bring the ball back haha! She enjoys long walks and sunbathing in the sunny spots of the garden. (Ok, side note – I feel like I’m making her a dating website profile…) She will also make sure she reminds you when it’s feeding time BANG on the dot of when she usually gets fed. And what I mean by this is that she will continuously stare at you and follow you around until you feed her. 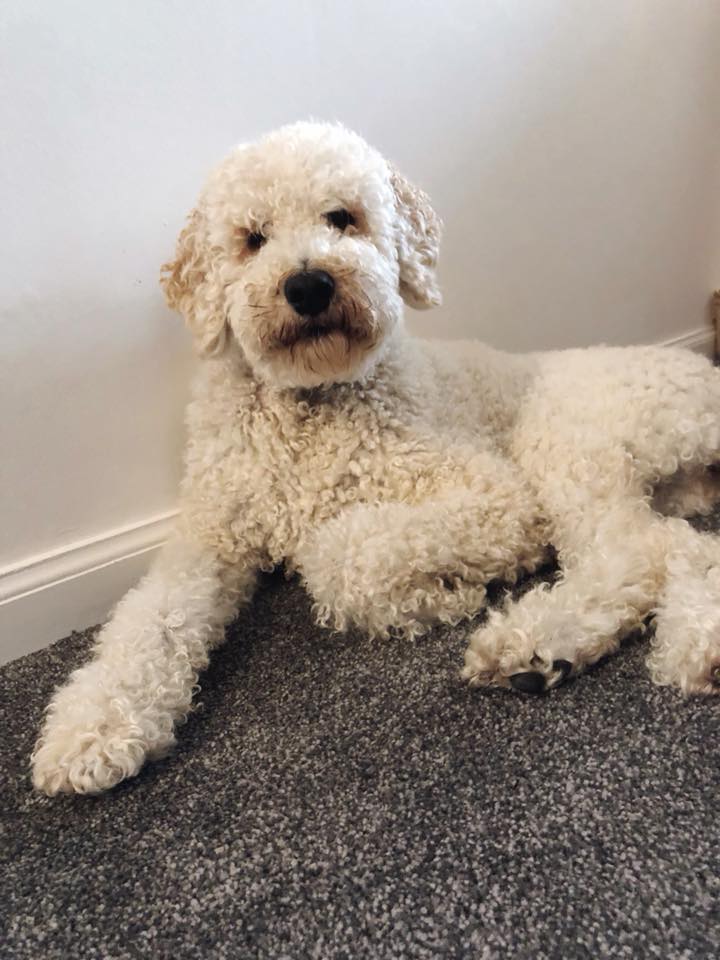 This is Eva! She is also a Labradoodle and is seven years old. As you can see she has more of the curly coat compared to Mia. We used to cut her like the poodle style, but she suits this one much better and she hates us less for it. We’ve always said Eva has a weird personality, and she prefers to find a quiet spot in the house (far away from everyone else) to lie and sleep. However, she will occasionally come up to you for cuddles and attention but this is a rare moment. She LOVES walks, and weirdly enough, she loves meeting other people on these walks… She’ll be the first to run up to a stranger and say hi. She’ll also try and chase any birds that let her, and we often find her sitting staring at walls. Apart from a few quirky traits, she’s the loveliest and cutest dog ever. (even if this is very bias.) 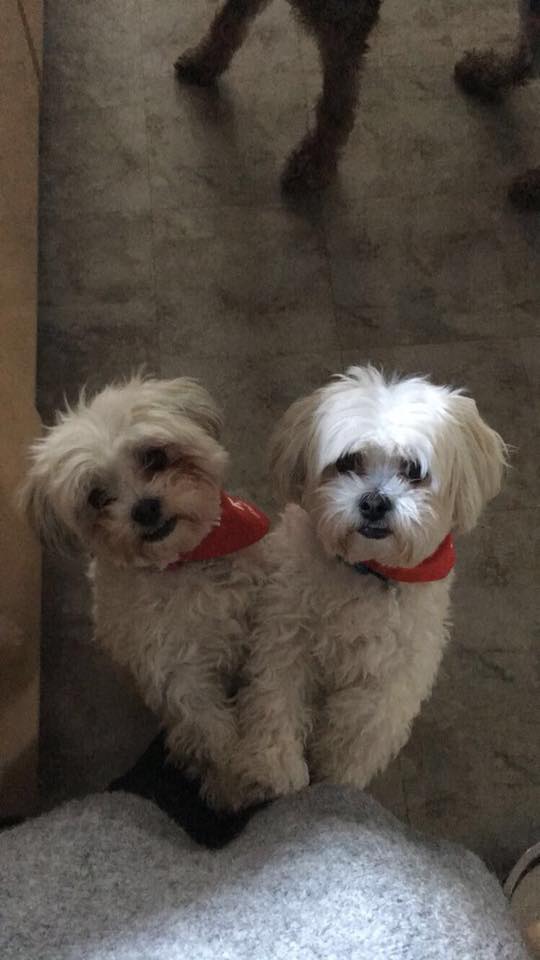 Last but not least are the cheeky pair themselves. These two are Pip and Sky, and they are sisters from the same litter. They are five next month, but we still call them puppies because they’re so small and cute. They are Malshi’s, which are a cross breed between maltese and shitzus! My parents went to go and pick one up, and came back with two because my Mum didn’t want to leave the other by herself. 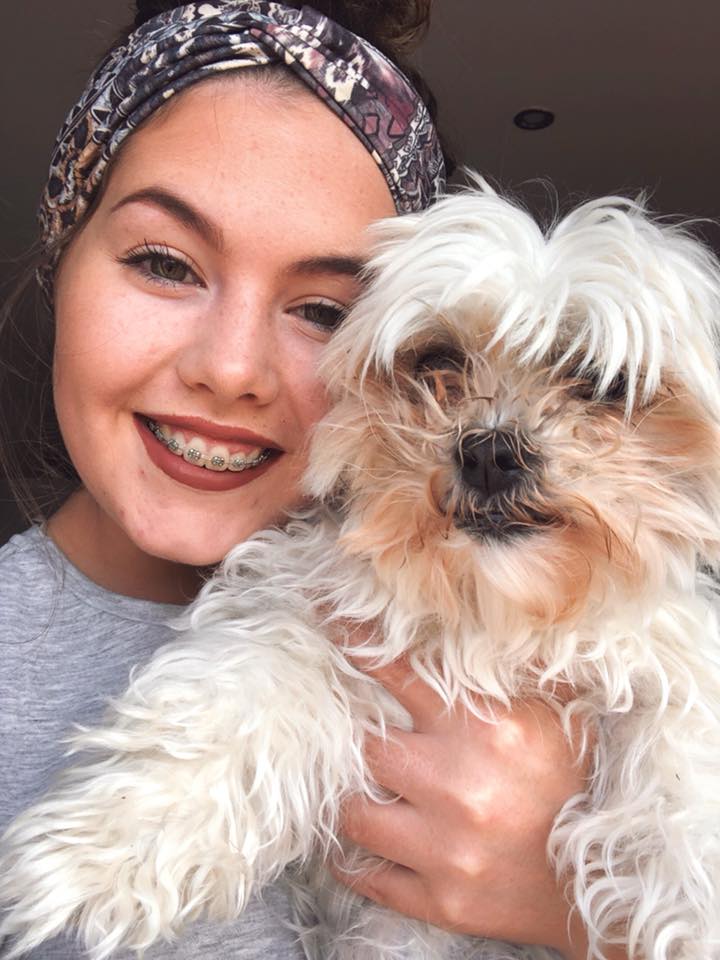 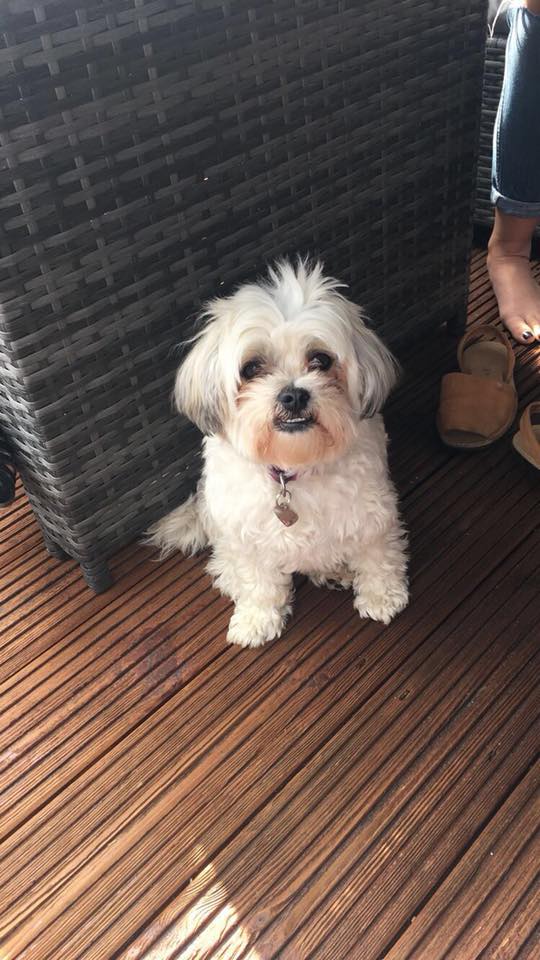 This one here is Pip. (They look the same, I know – but they have a few differences.) Pip has a slight more ‘maltese’ look around her. She is definitely the cheekiest of the two, and will always chance anything she can get away with. She loves cuddles, playing and teddies. She is the ever-so-slightly smaller one of the two. 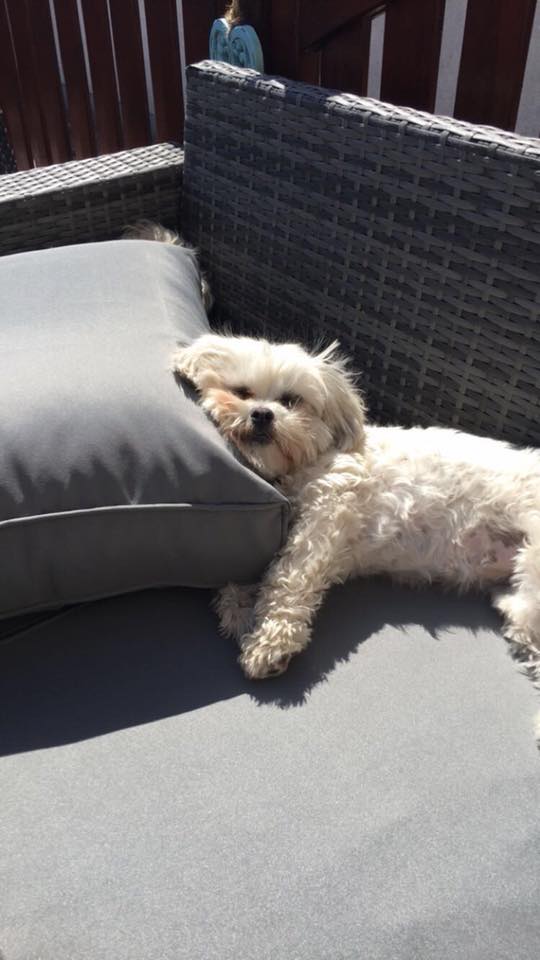 This is Sky, who ironically is scared of heights and doesn’t like to be picked up too often. She has a bit more of the shitzu breed in her than Pip. She is also the protector of Pip, so if anyone messes with Pip then they have Sky to deal with. She loves food and will eat anything you may accidentally drop. (Even lettuce, she loves lettuce!) Although she might not love cuddles as much as Pip, she will definitely follow you around for company and lie next to you.

SOME BONUS PICTURES OF THEM 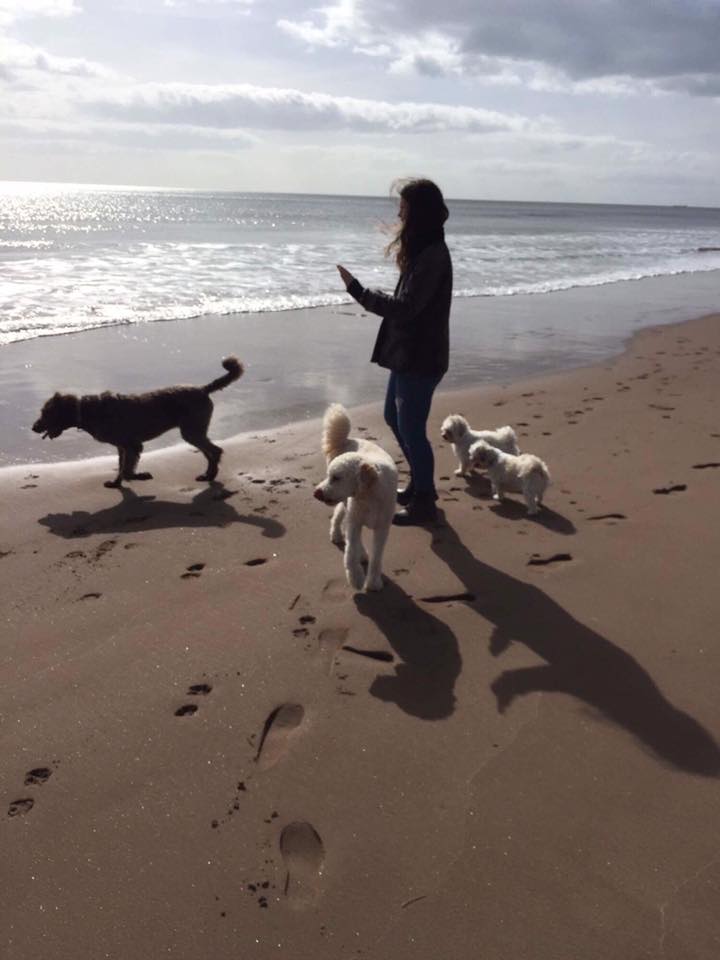 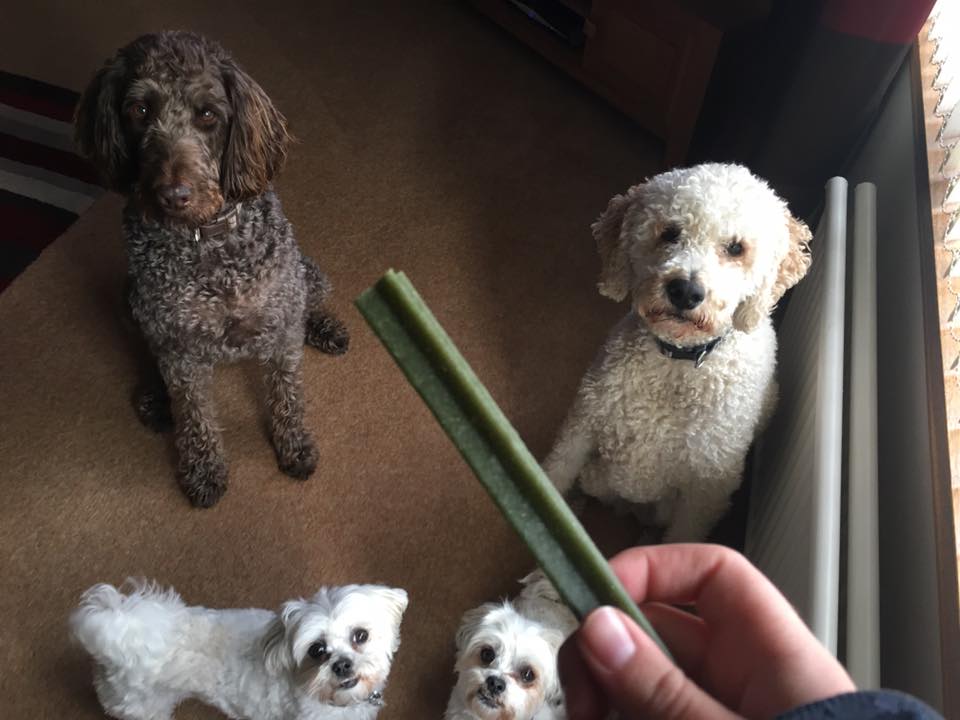 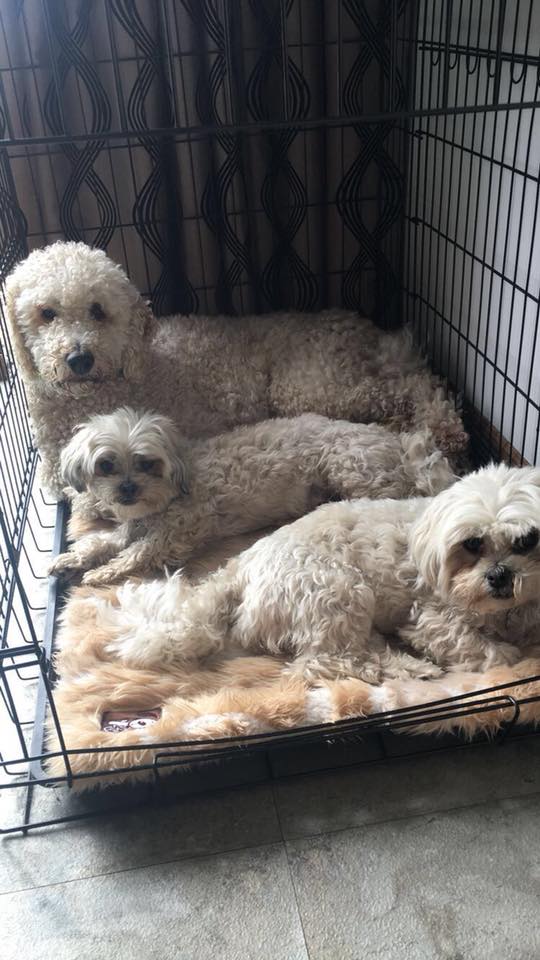 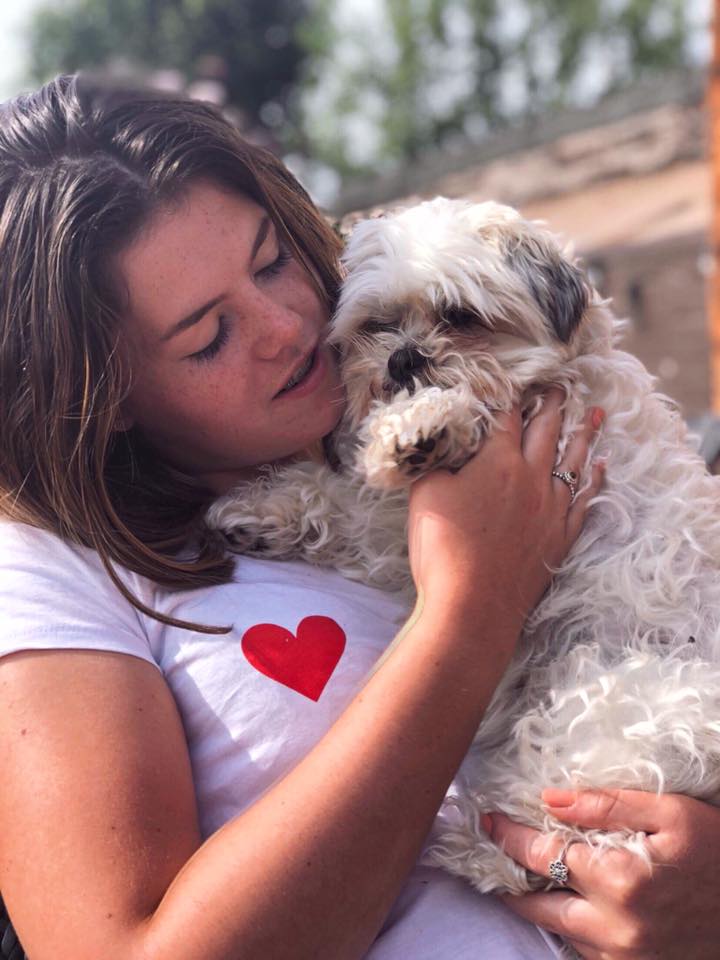 I hope you enjoyed today’s post! Thank you for reading!