I’m sorry for the quietness around here lately – it’s exam season and I only have three weeks left in Hannover before I head home! I honestly can’t believe where these past months have gone. We were told that our Study Abroad period would fly by, but I didn’t think it would be this quick!

A few weeks ago, my besties from home came to visit me – but in Berlin! I hadn’t been to Berlin before, and it’s only a two hour direct train to get there from Hannover and it was so much easier for my friends to find direct flights from home. Win – Win situation!

I know this might be delayed and long overdue, but I thought I would share some snaps from that weekend as there was some pretty cute photo’s and we learnt a lot about the countries history!

After going through all the photos – I realised I took a lot and we did quite a lot within the few days we were there. So please bear with me while I try to explain the photos which probably won’t even be in the chronological order that we saw them because I’m a mess… *eye roll* 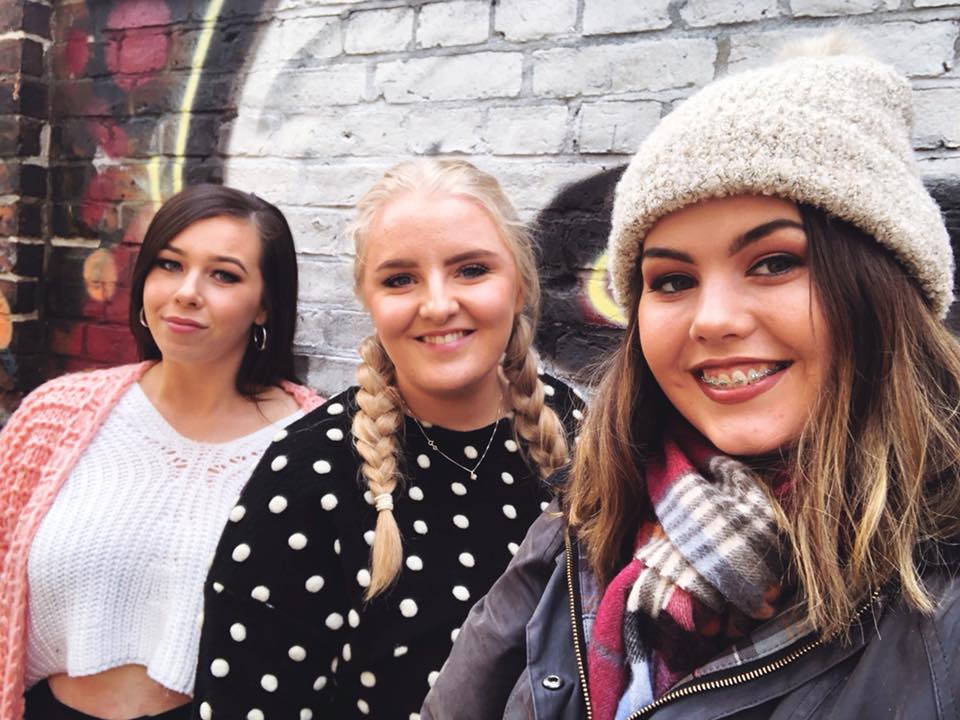 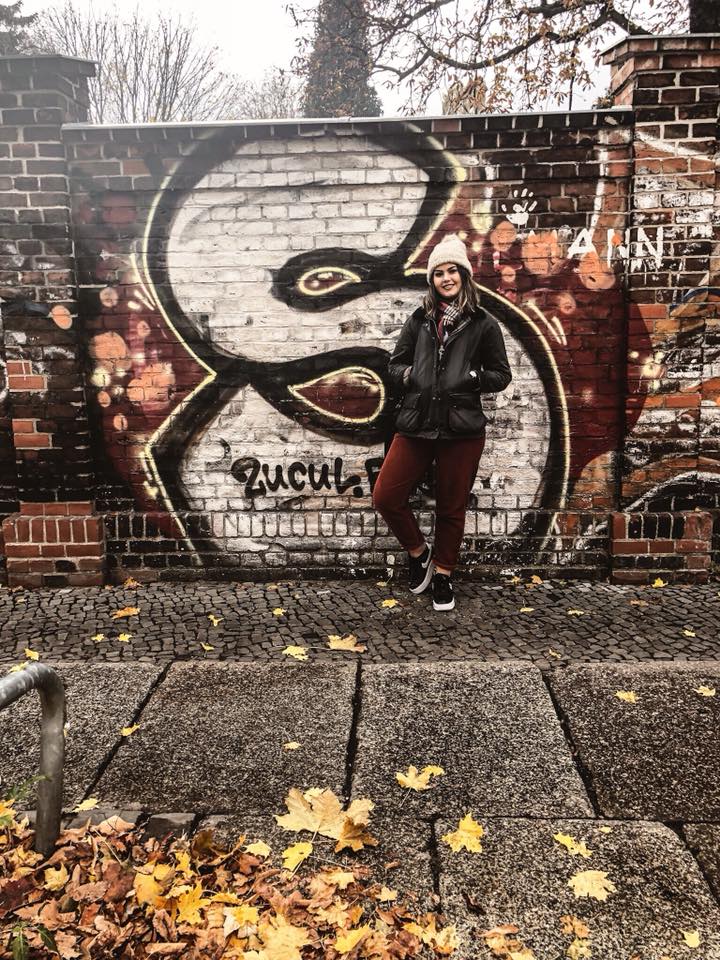 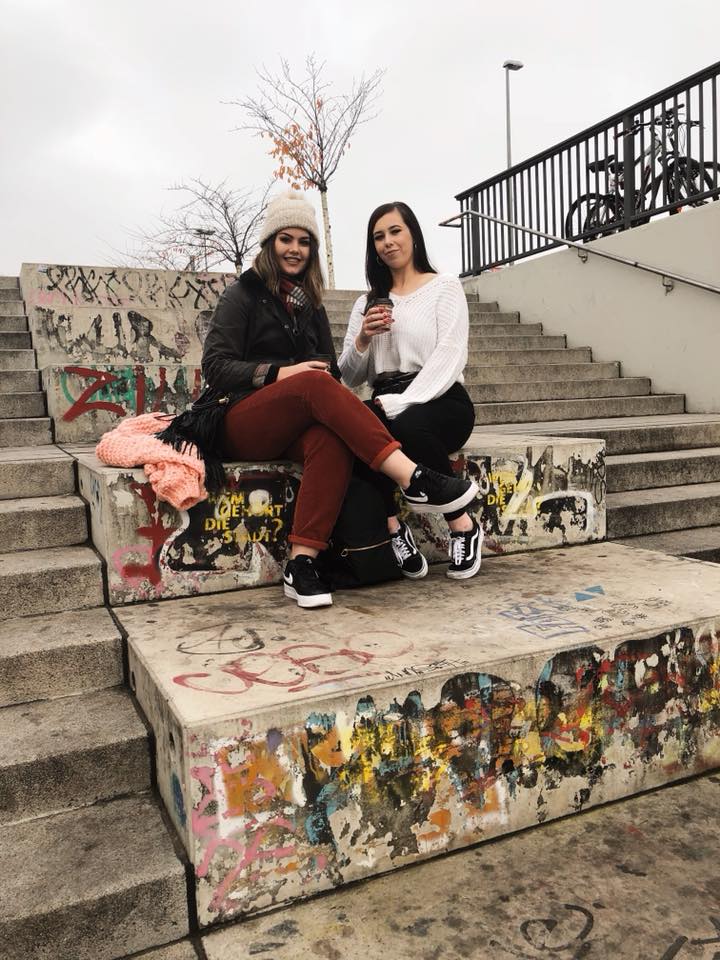 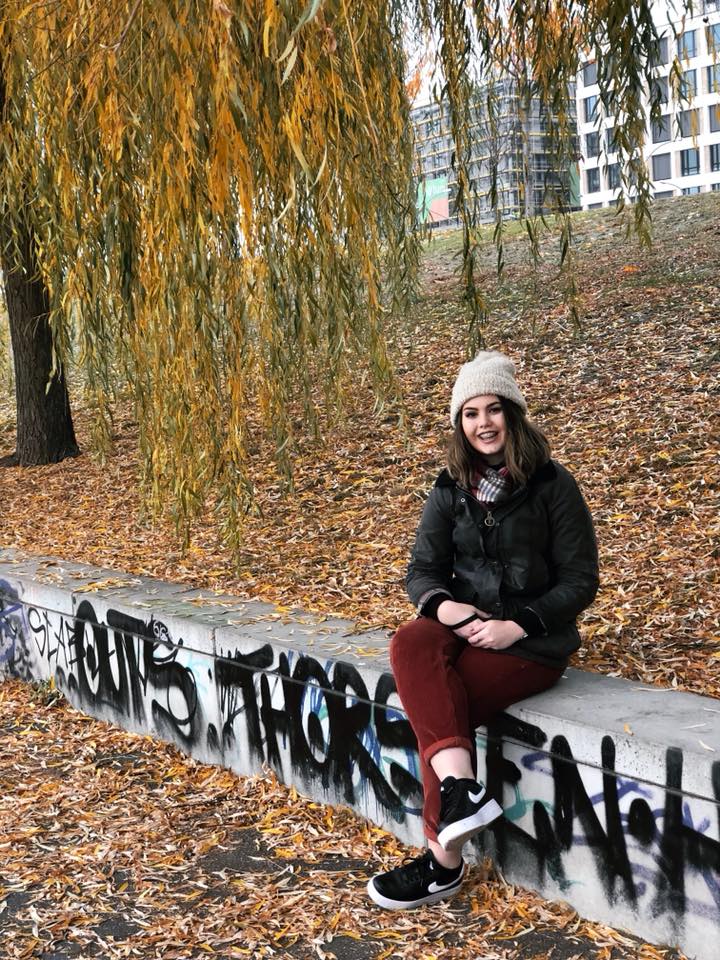 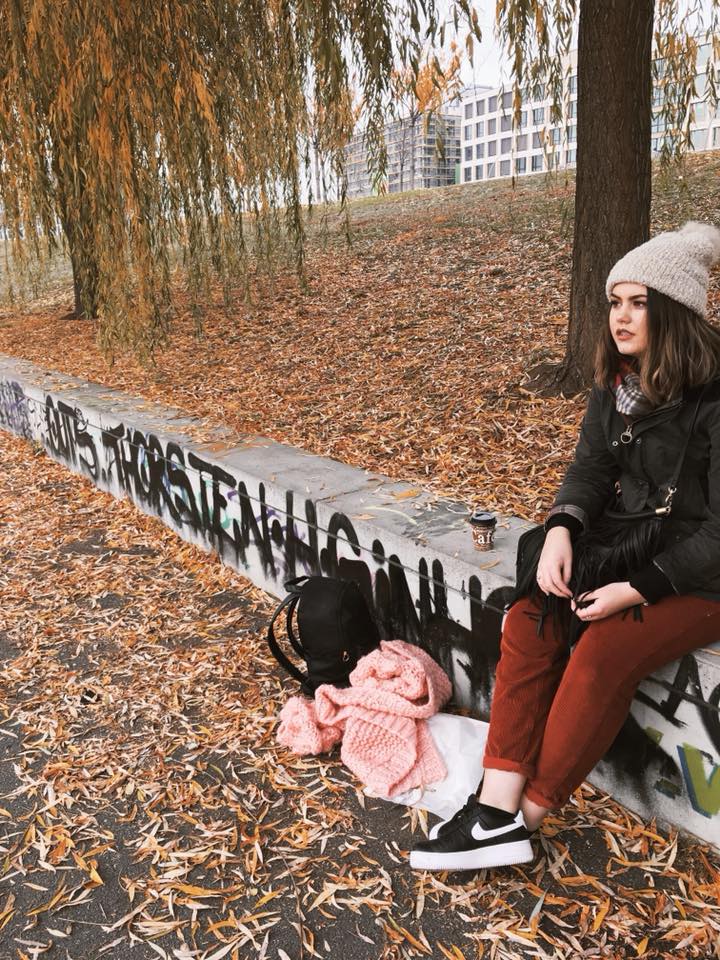 There isn’t really much explanation for these apart from the cool wall art which meant it was a perfect photo opportunity. 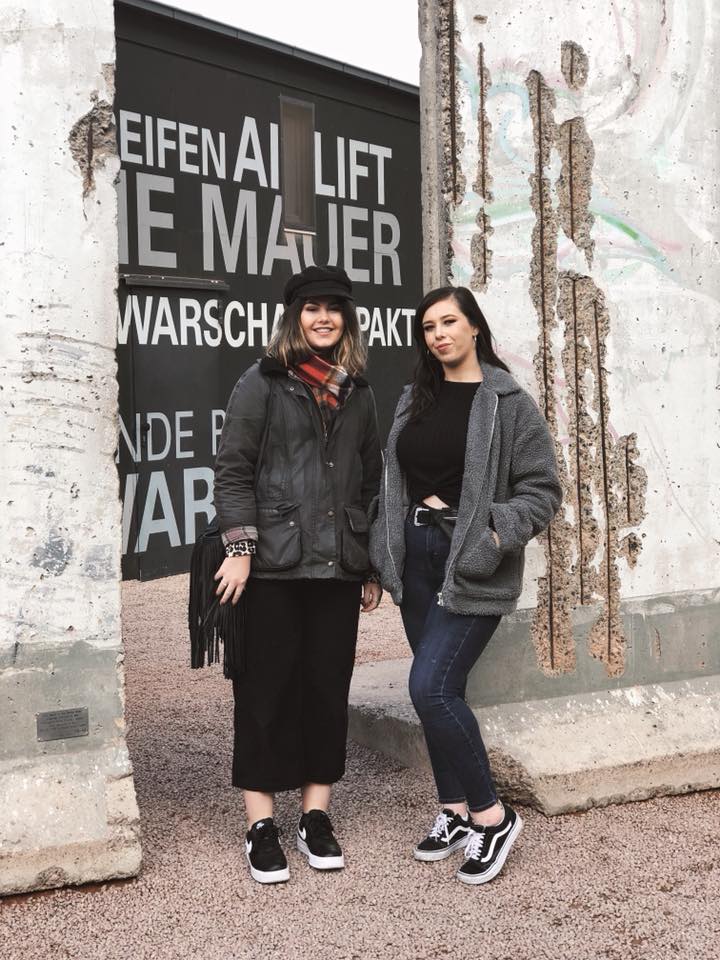 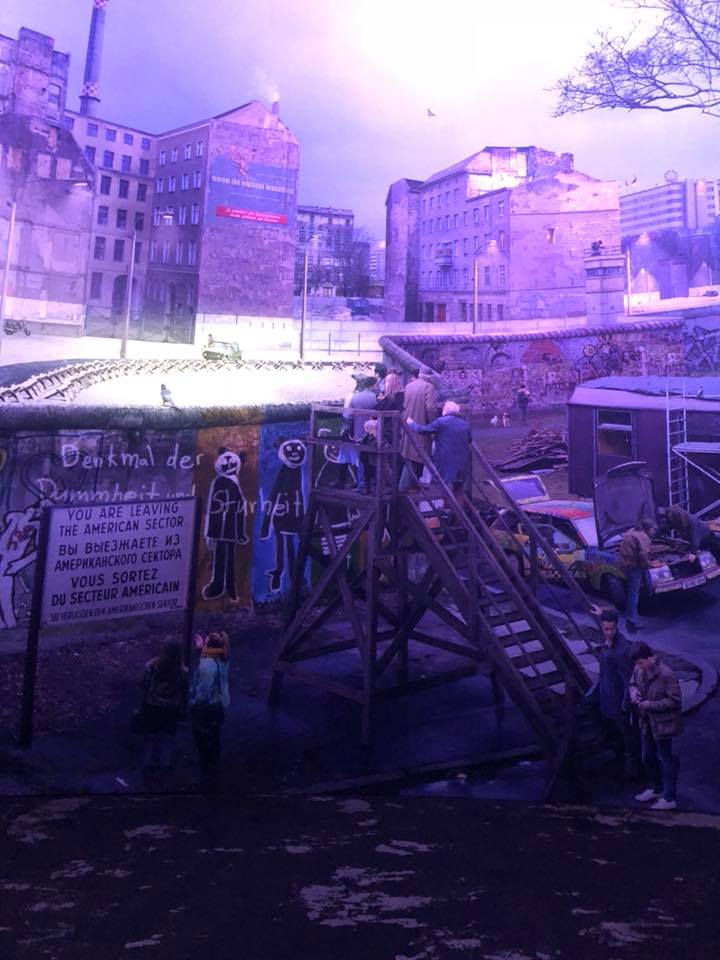 We went to Checkpoint Charlie and Emma got a proper photo there but it cost like, 3 Euro so we didn’t all get one haha! We also went into a Berlin Wall 360 Panorama which was amazing! The picture doesn’t really do any justice but it shows the day-to-day life of 1980’s Berlin when the divisions of the wall had become “normal” for the city. When you were there, you honestly felt like you had been transported to that time. You can find more about it (and probably a better explanation than I can here!) 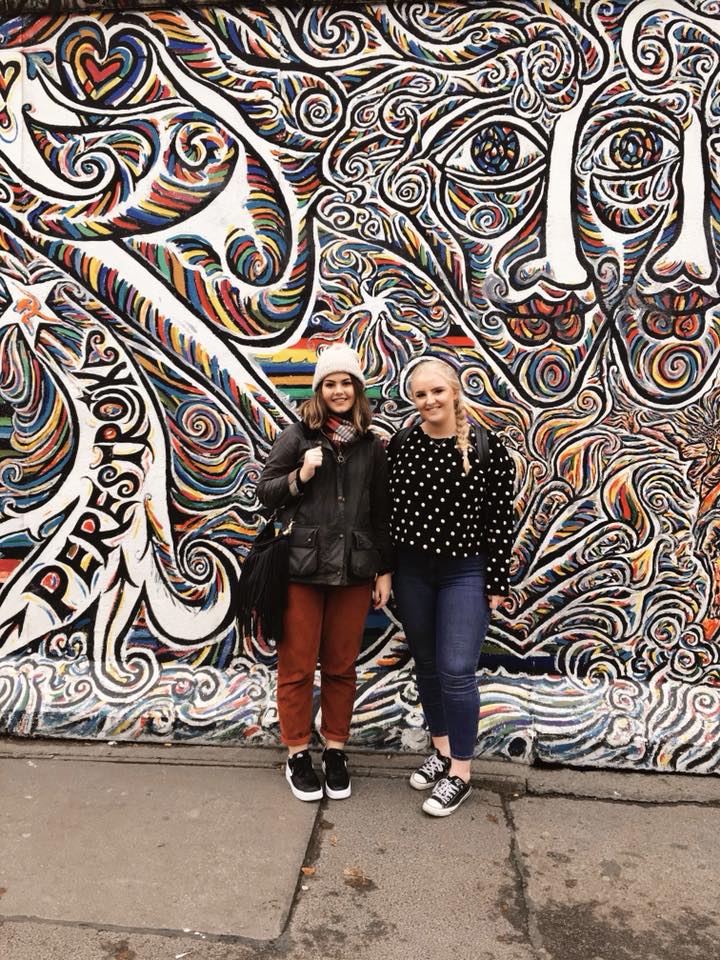 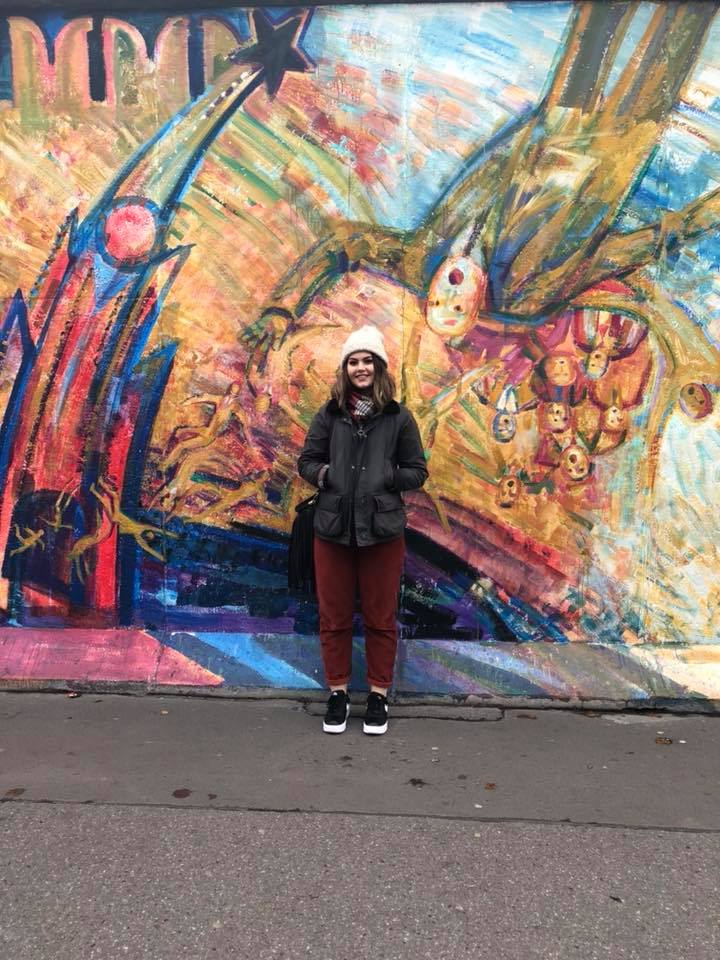 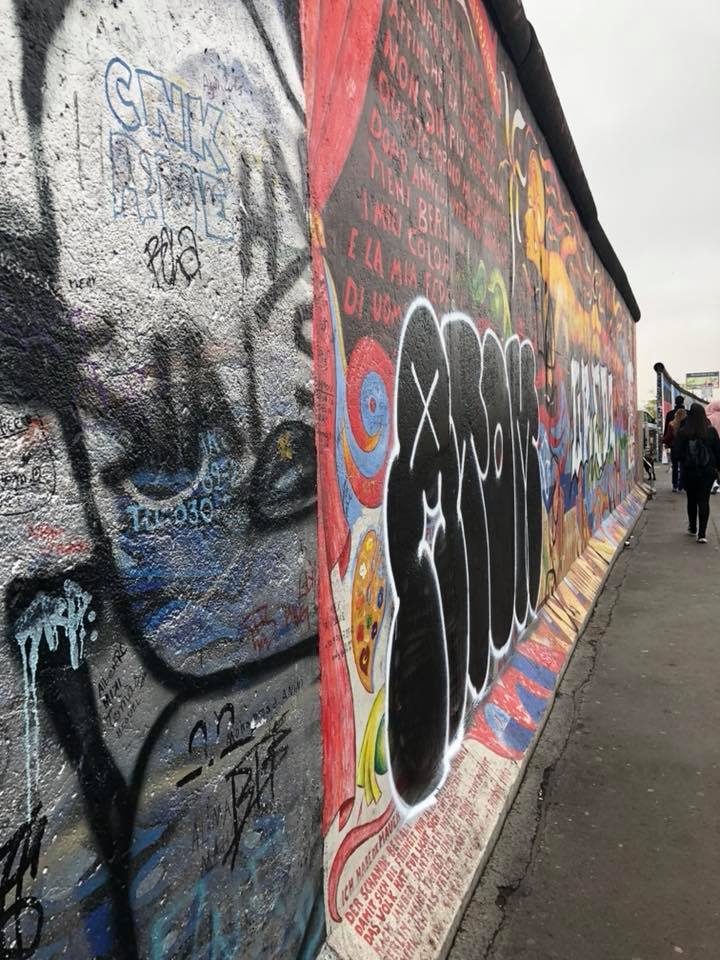 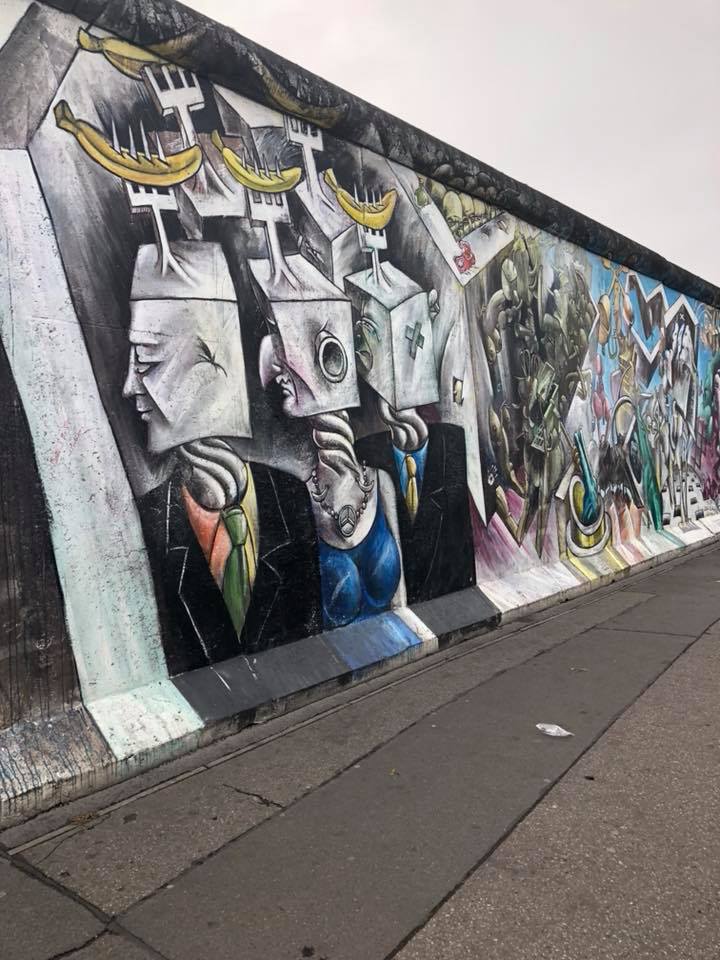 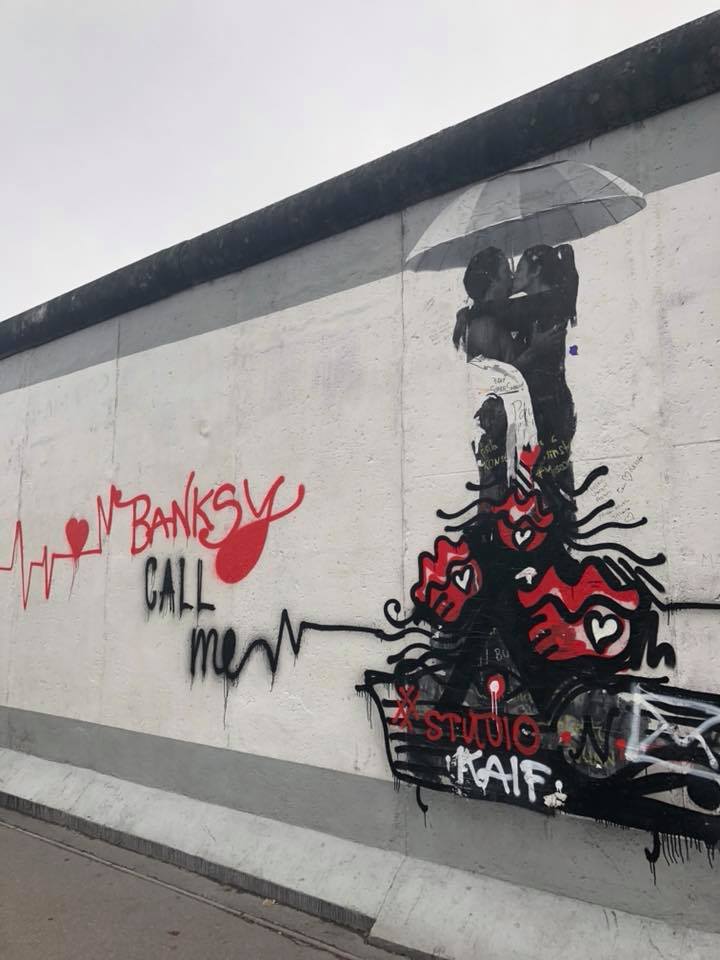 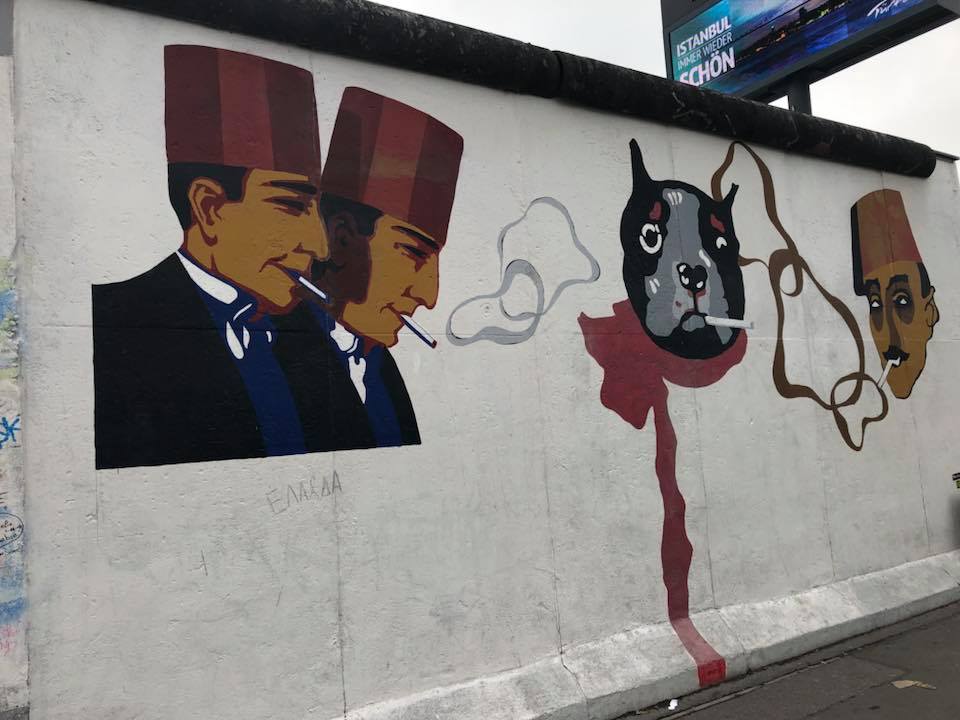 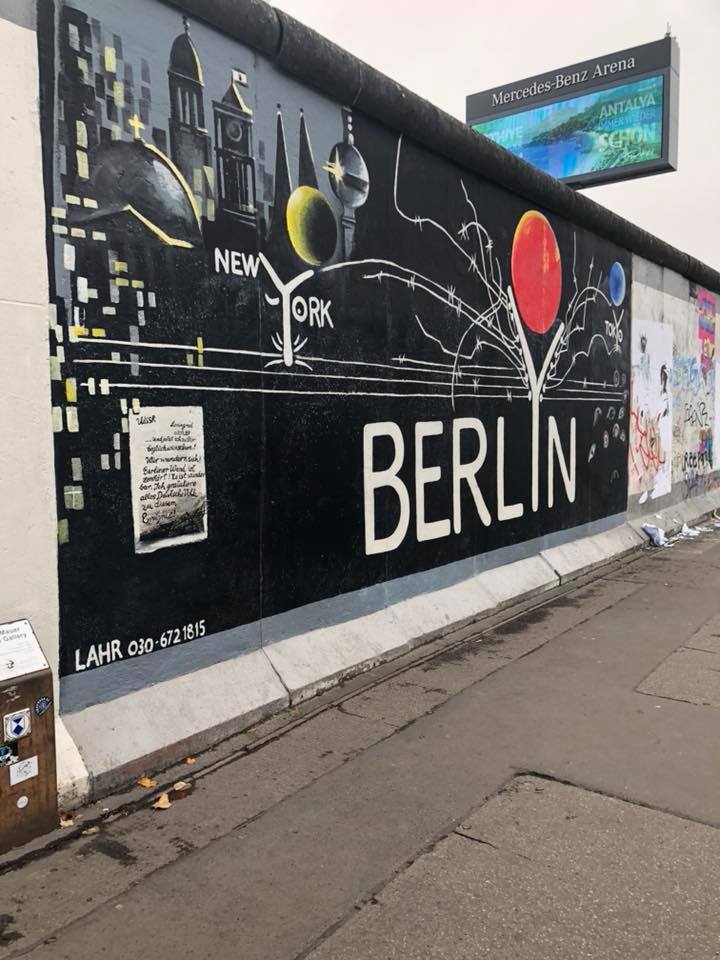 Of course we had to visit the East Side Gallery – which was amazing and there was so many great artworks on the wall. These were just a few of my favourites but there were so many! 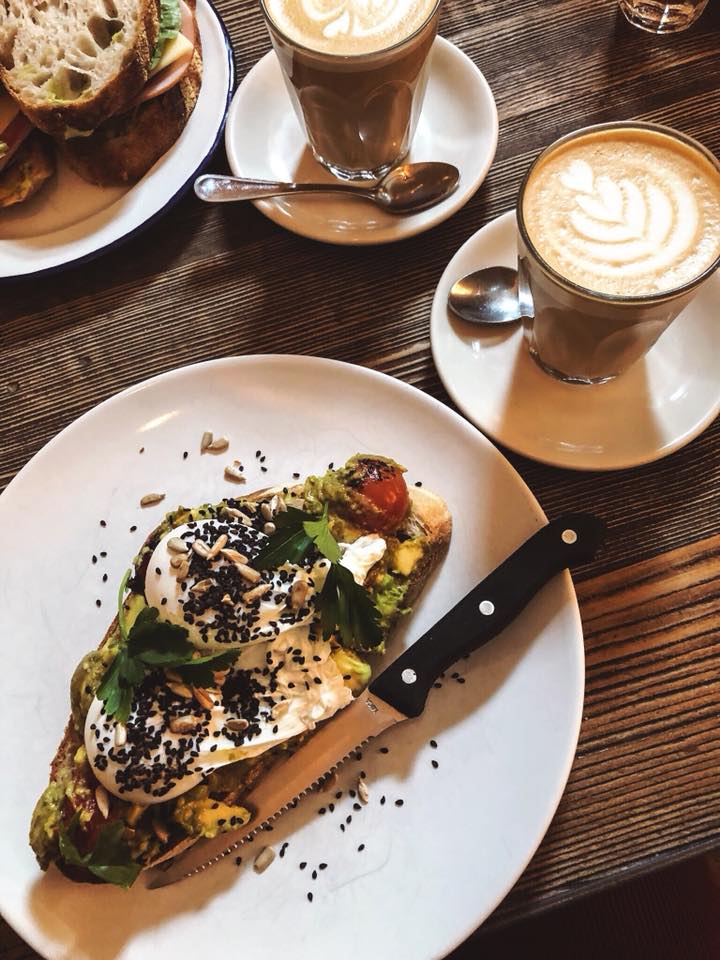 One of the breakfasts we had at Distrikt Coffee which was amazing – and tasted just as good as it looks! 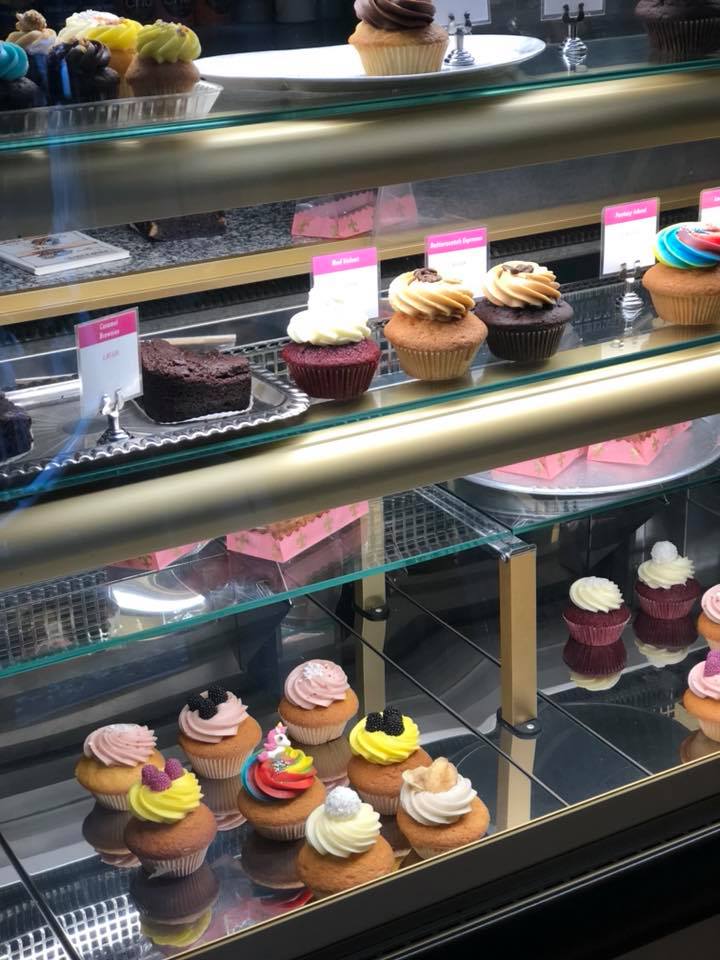 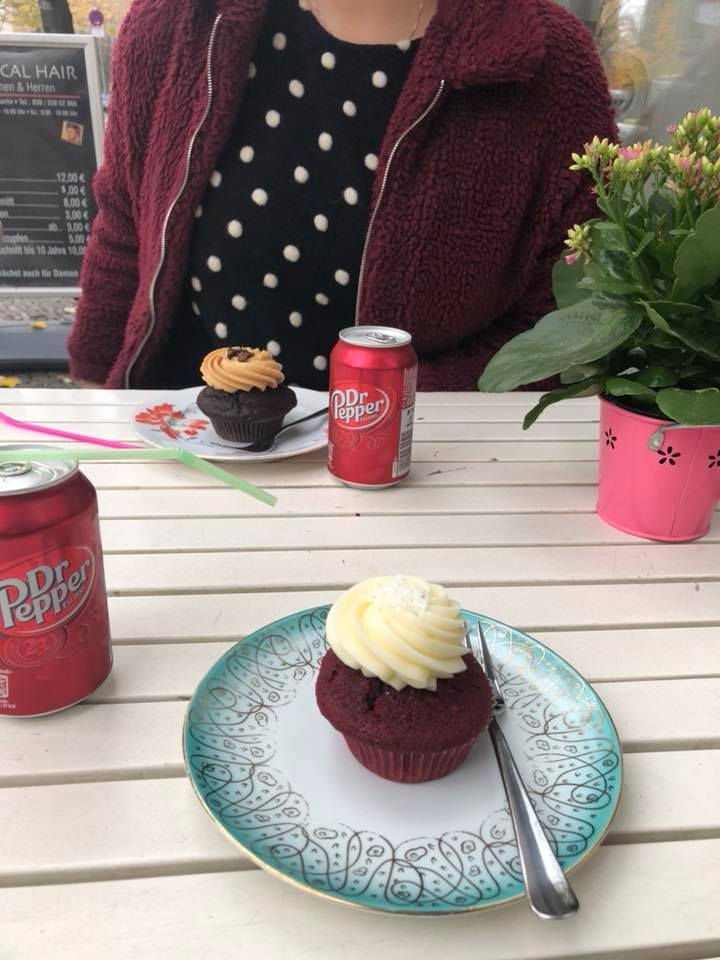 We always need a sugar top up as we explore – so of course we stopped here! This was the cutest place called Cupcake Berlin, and the woman who served us was so lovely and welcoming. We sat outside and this cupcake was demolished within minutes – it was so good! 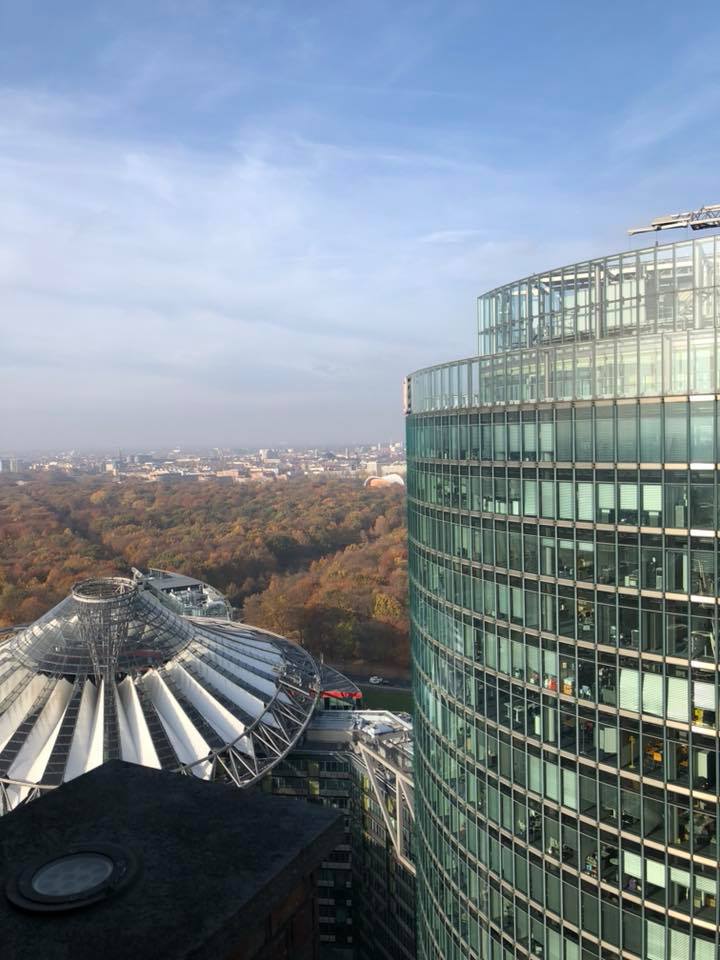 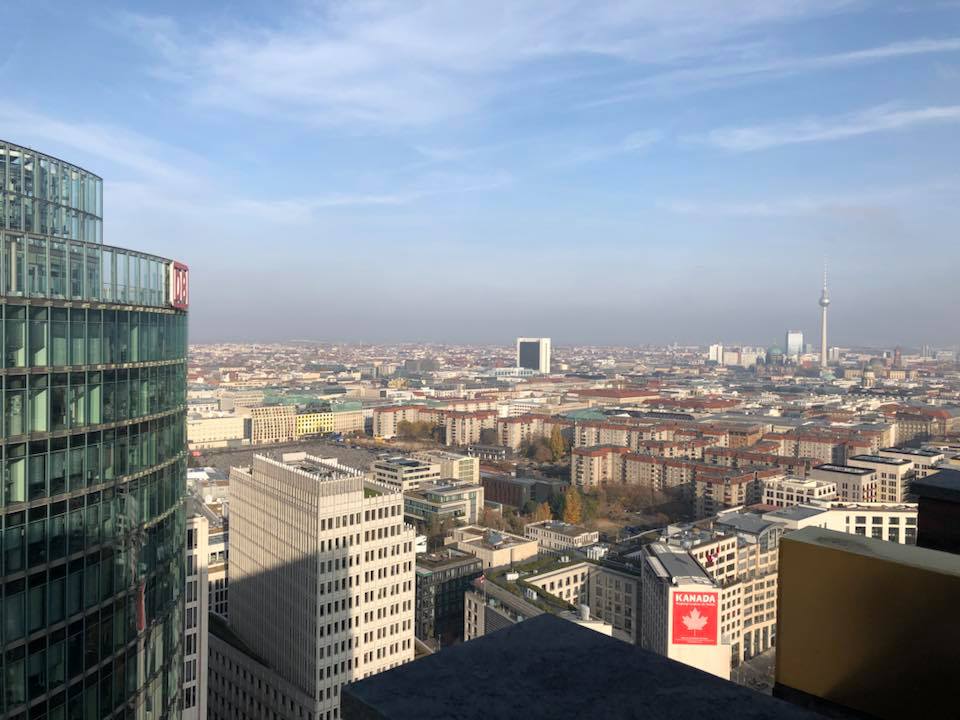 We took the fastest elevator in Europe up to the top of this building (Panoramapunkt) and got the most amazing views of Berlin. The photos don’t do it justice. 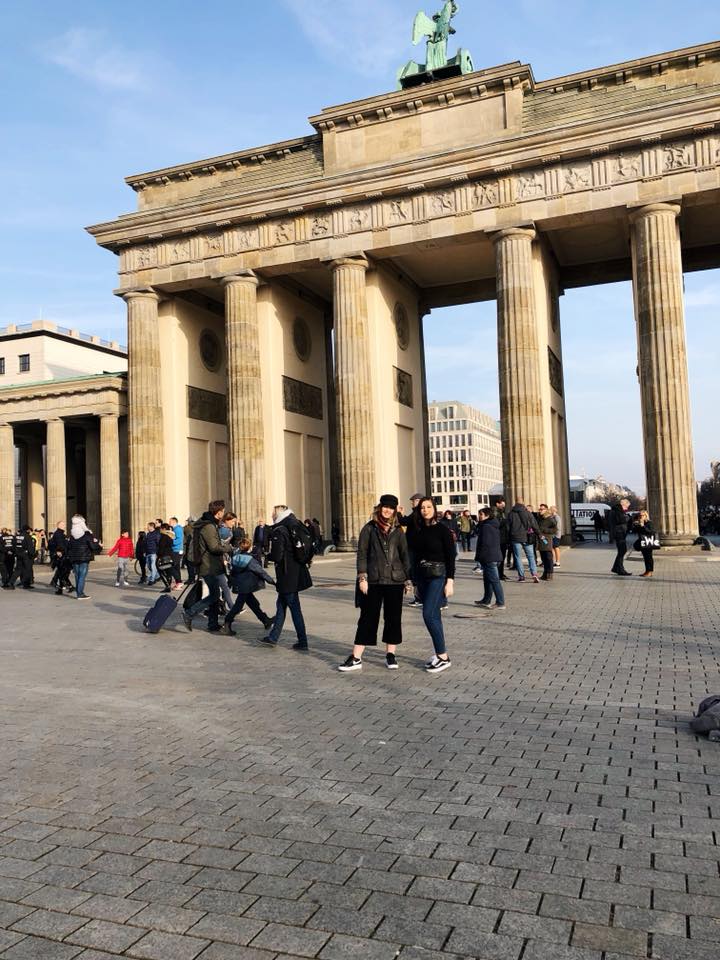 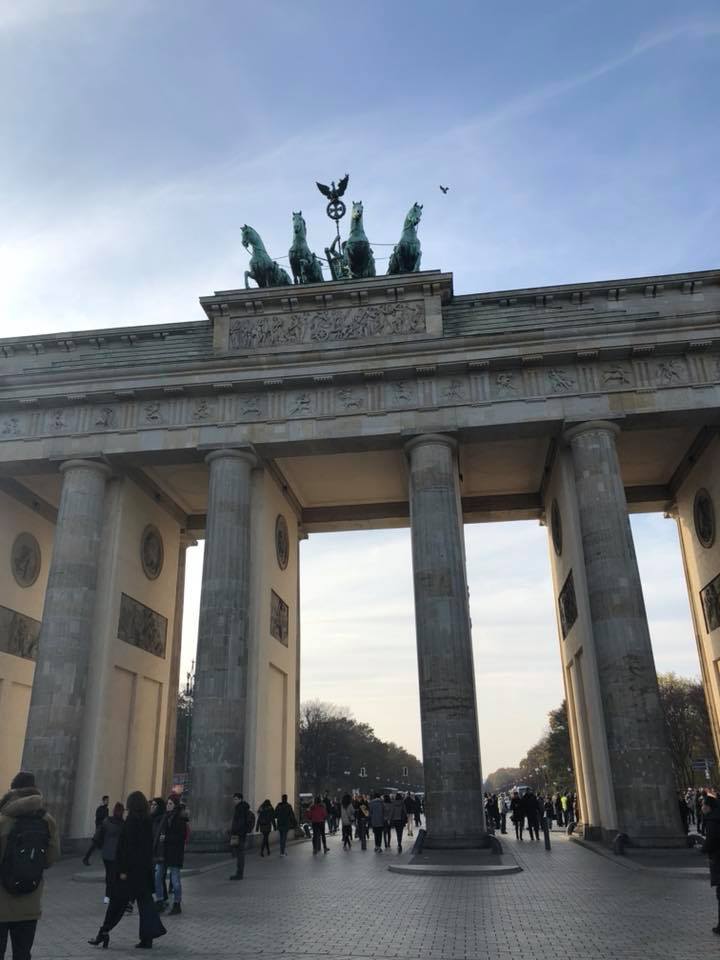 We took a visit to the Brandenburg Gate and got the typical tourist picture with it before realising we were actually at the wrong side and then moved haha! 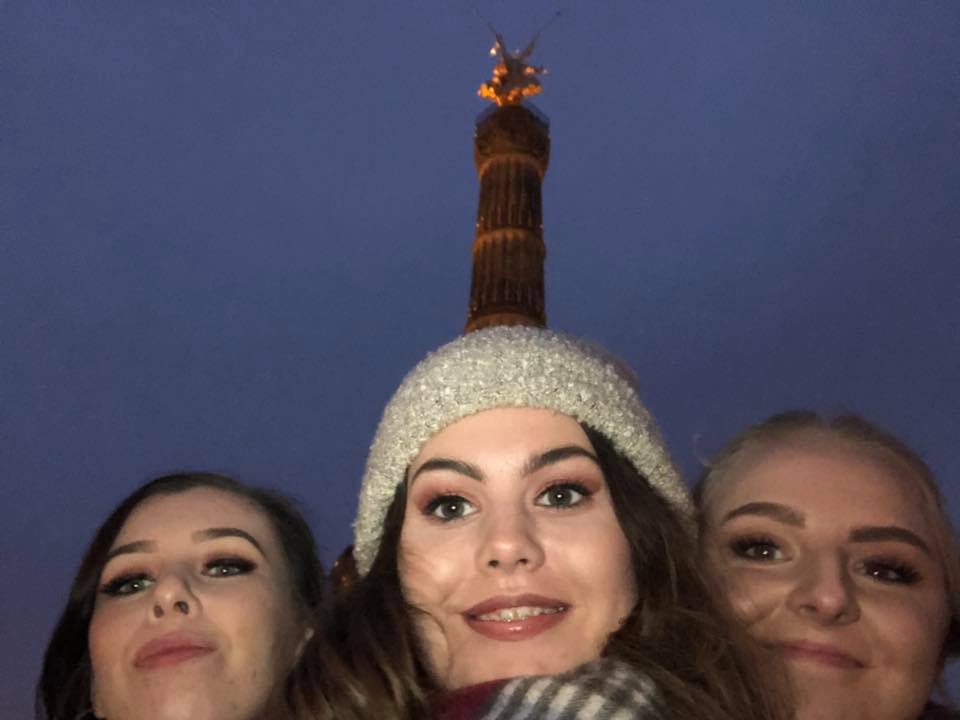 We also visited the Berlin Victory Column at night, and got an amazing view up the top – however, it was dark so all the photos I took weren’t very good… Here’s a tourist picture from the bottom however. 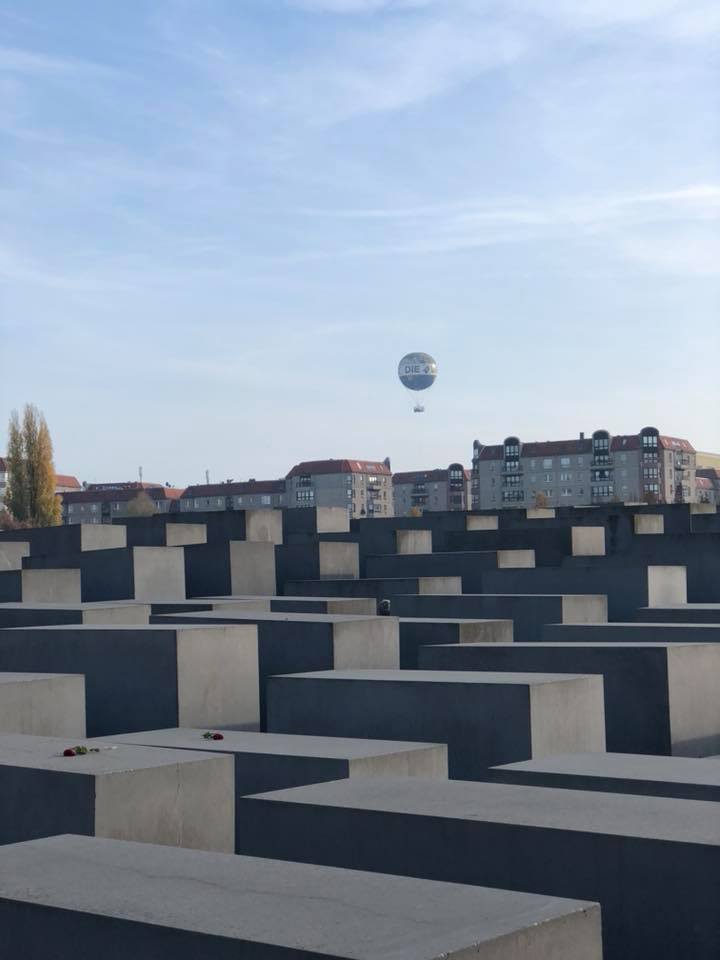 Memorial to the Murdered Jews. 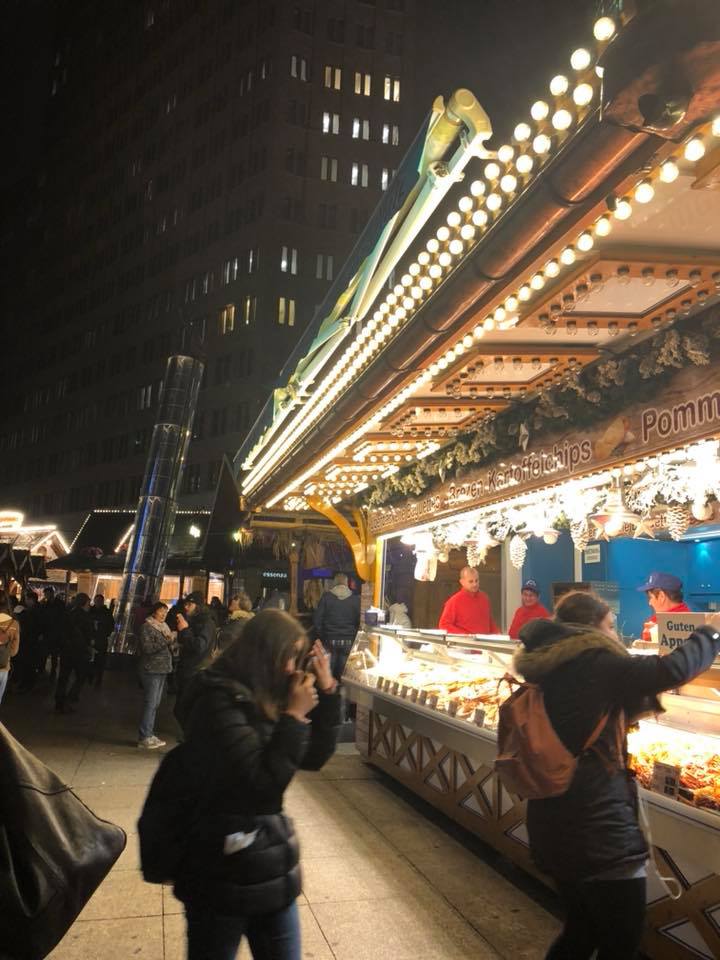 We were lucky enough for one of the small Christmas markets to have started already (this was mid November so we didn’t think we would see one yet!) We got a Bratwurst and spent money on sweets we didn’t need – but that’s the whole market experience. 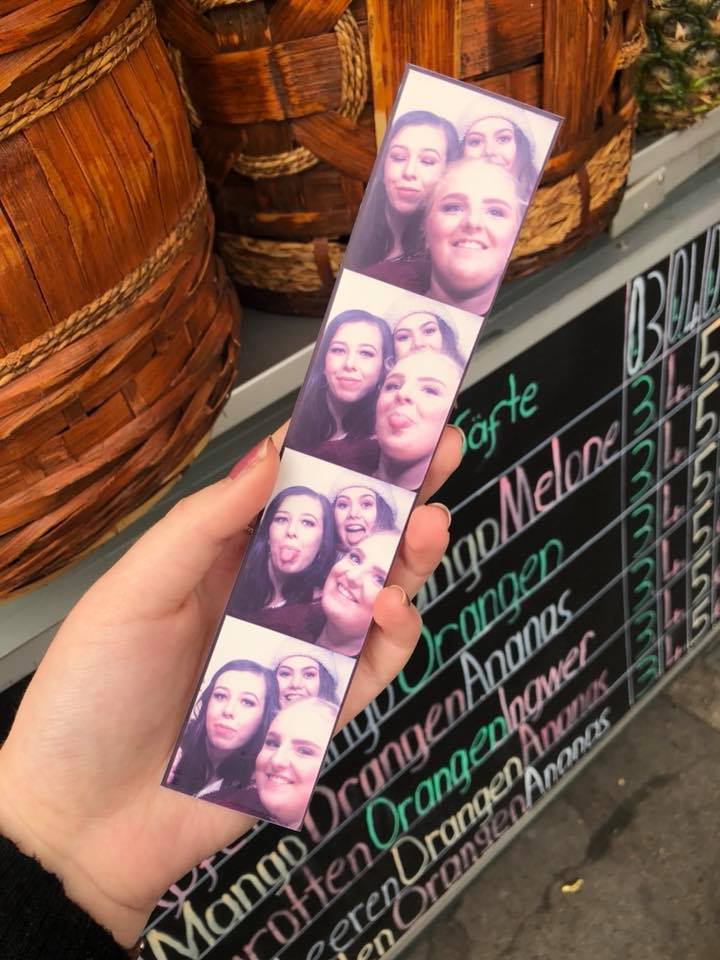 So we attempted these photo booths several times, and all we can say is that they aren’t made for any more than two people! Trying to fit us all in was a struggle… 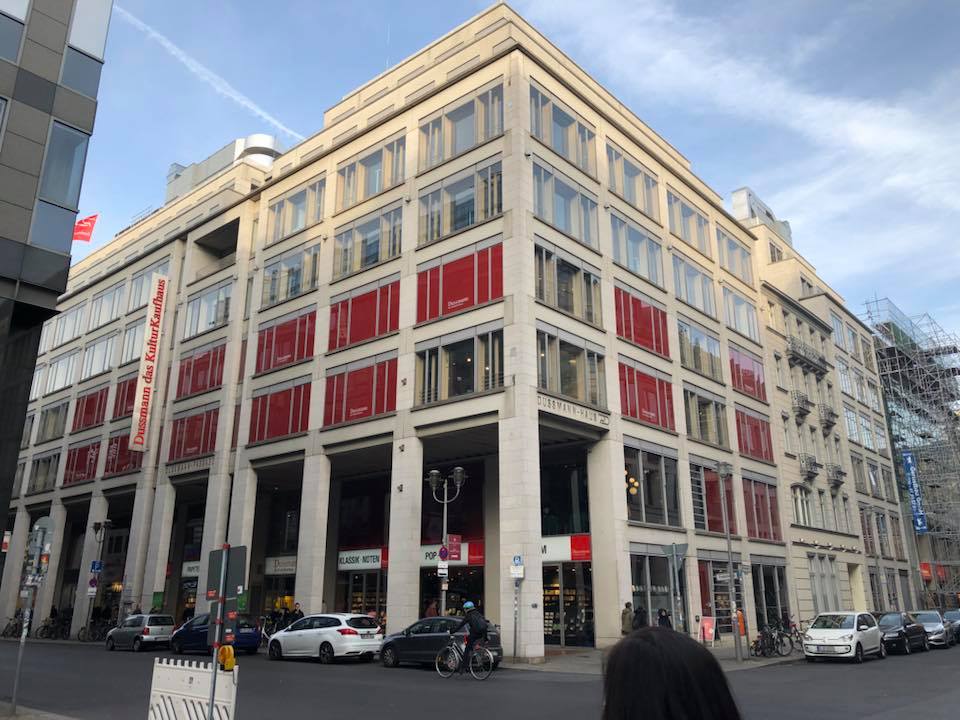 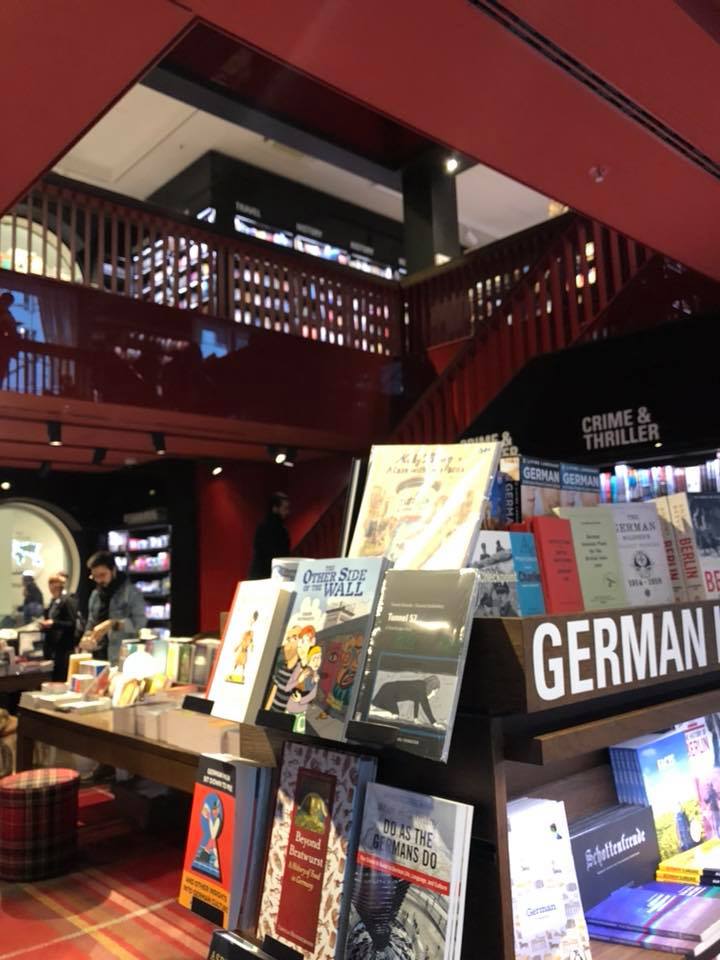 And to finish this post off – we have the biggest bookshop I think I have ever visited. I did buy quite a few books (they have a really big English book selection which was amazing!).